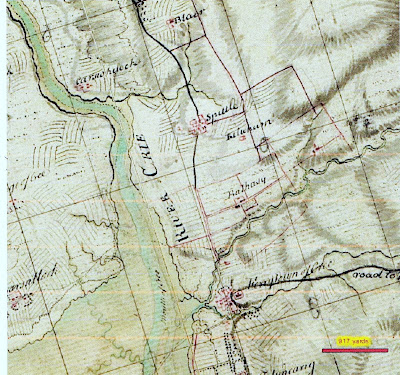 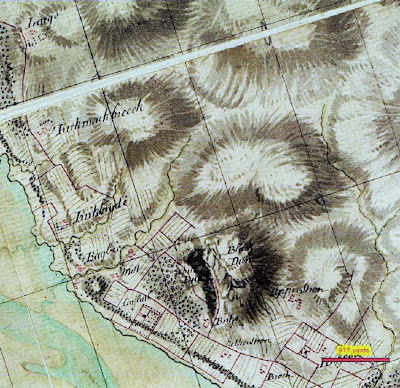 Above: Late 1700s maps of the area of Kirkmabreck Parish which was home to my Hughans. The top map shows the location of Blairs, Spittal, Balhasie and Ferry Town of Cree (which became 'Creetown'). The lower map is from slightly down the coast, and shows the settlement of Kirkmabreck itself, and also Kirkbride where my Hughan line lived at one stage.

From the "Scottish Covenanters Index" comes the following list of Heuchans: