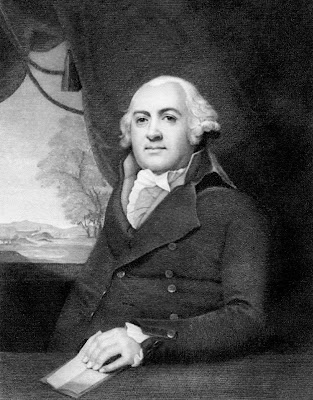 In my pursuit of the history of Thomas Hughan of Airds, I have found it relatively easy to follow his descendents from his only son, Thomas of Airds, through his three granddaughters Janetta, Mary and Justina Louisa Hughan and beyond to their children and grandchildren.
In particular there is much information on the families of the granddaughters Janetta and Justina Hughan, as they married into the Aristocracy in the persons of Sir John Robert Manners, 8th Duke of Rutland( Janetta’s husband), and Sir Brydges Powell Henniker ( husband of Justina).
However, very little has been found concerning the line of Janetta’s paternal grandmother Jean Milligan, which is surprising because the Milligan family have a long and proud history of their own.
Janetta’s grandfather, Thomas Hughan of Airds, was the elder of two surviving sons born to Alexander Hughan and Margaret Gerran of Creetown, Kirkmabreck parish, Kirkcudbright. He married once, but produced two daughters out of wedlock-perhaps in the period that he was in Jamaica-, and his son and heir, Thomas Hughan - Janetta’s father- from his marriage to Jean Milligan.
Jean Milligan’s family was a fascinating one, and following is a small history of her father and each of her siblings:

1. ROBERT MILLIGAN (1756-1809)Robert Milligan (above)was born at Dumfries on 19th August, 1746, the son of James Milligan. He married at Kingston, Surrey, 13th October, 1781, Jean Dunbar, the daughter of William Dunbar of Forres, Co. Elgin, by Jean daughter of William Davidson of Tulloch.
Robert Milligan was the father of Thomas Hughan’s wife, Jean. Robert Milligan (c.1746-1809) was the man responsible for the realisation of the West India Docks. Milligan was a wealthy West India merchant and shipowner, having previously managed his family's Jamaica sugar plantations. Outraged at losses due to theft and delay at London's riverside wharves, Milligan headed a group of powerful businessmen who planned and built West India Docks. Milligan served as both Deputy Chairman and Chairman of the West India Dock Company.
Robert Milligan lived at Kingstown, Jamaica, from c. 1759 until c. 1771. He then returned to live in London, although remained a West India merchant up until the time of his death in 1809.
After Robert died in 1809, he was honoured four years later by the erection of a beautiful statue of his likeness on the London docks, in recognition of the work and effort he had put into their growth and development.
Robert Milligan had married fellow Scot Jean Dunbar on October 13, 1781, at Kingston, Surrey. The following year in London their first child, Jean Milligan, was born. She was to be followed by seven siblings-two sisters and five brothers- born between 1786 and 1799.
In his later years Robert and his family enjoyed a very wealthy lifestyle centred around the grand family home, “Rosslyn”, near Hampstead. Approached from the London Road by an avenue of ‘fine and lofty trees’, Rosslyn was mainly formed from an old mansion called Shelford Lodge. It was purchased, redeveloped and renamed by Lord Rosslyn, and after his death in 1805 purchased by Robert Milligan. The Milligans also owned a beautiful country estate in Gloucestershire called Cotswold House, near Cernes, where the Milligan sisters spent much of their lives, and later their brother William and his wife Caroline raised their family there.
Robert Milligan died at Rosslyn,Hampstead, London on May 21, 1809. His wife Jean Dunbar Milligan survived him by eleven years. She died on January 14, 1820, having experienced in the time since her husband’s death the loss of two of her sons within months of each other...25 year old Henry Davidson Milligan in October of 1817 and his 29 year brother David in February of 1818.
It is interesting to note that in her 1819 will, Jean Dunbar Milligan made note of “all my children, including two my most dear adopted ones Elizabeth and Georgina”. Henry Milligan’s will in 1817 also refers to “my sisters and brothers, including Elizabeth”.
The identity of these two girls, Elizabeth and Georgina, is most likely Jean’s daughters-in-law, Elizabeth Margaret Baillie and Georgina/Georgiana Sterling, who had married her sons Robert and Henry in 1816.
Of the eight Milligan children only four married, and of these only William had more than one child. Jean and Robert had a son and daughter respectively, and their brother Henry died within 15 months of his marriage without issue. The will of bachelor Duncan Davidson Milligan makes note of “my reputed daughter Marie Louise Milligan” and provides for her ‘maintenance and education”. I have not found any trace of this child.
The amazing thing that strikes me about the family of William and Caroline Milligan is that not one of their six children appears to have married. Their two sons, William Henry and Harry Robert, both died bachelors in 1906 and 1890 respectively. Daughters Emily Caroline, Justina Charlotte, Alice Catherine and Mary Louisa never married or had children, so from Robert Milligan Senior’s eight children, his only great-grandchildren came from daughter Jean Milligan and her marriage to Thomas Hughan. Jean and Thomas had just the one son, Thomas Hughan, and of his three daughters with Lady Louisa Beauclerk, Janetta and Justina Louisa Hughan both had large families.
at March 20, 2009